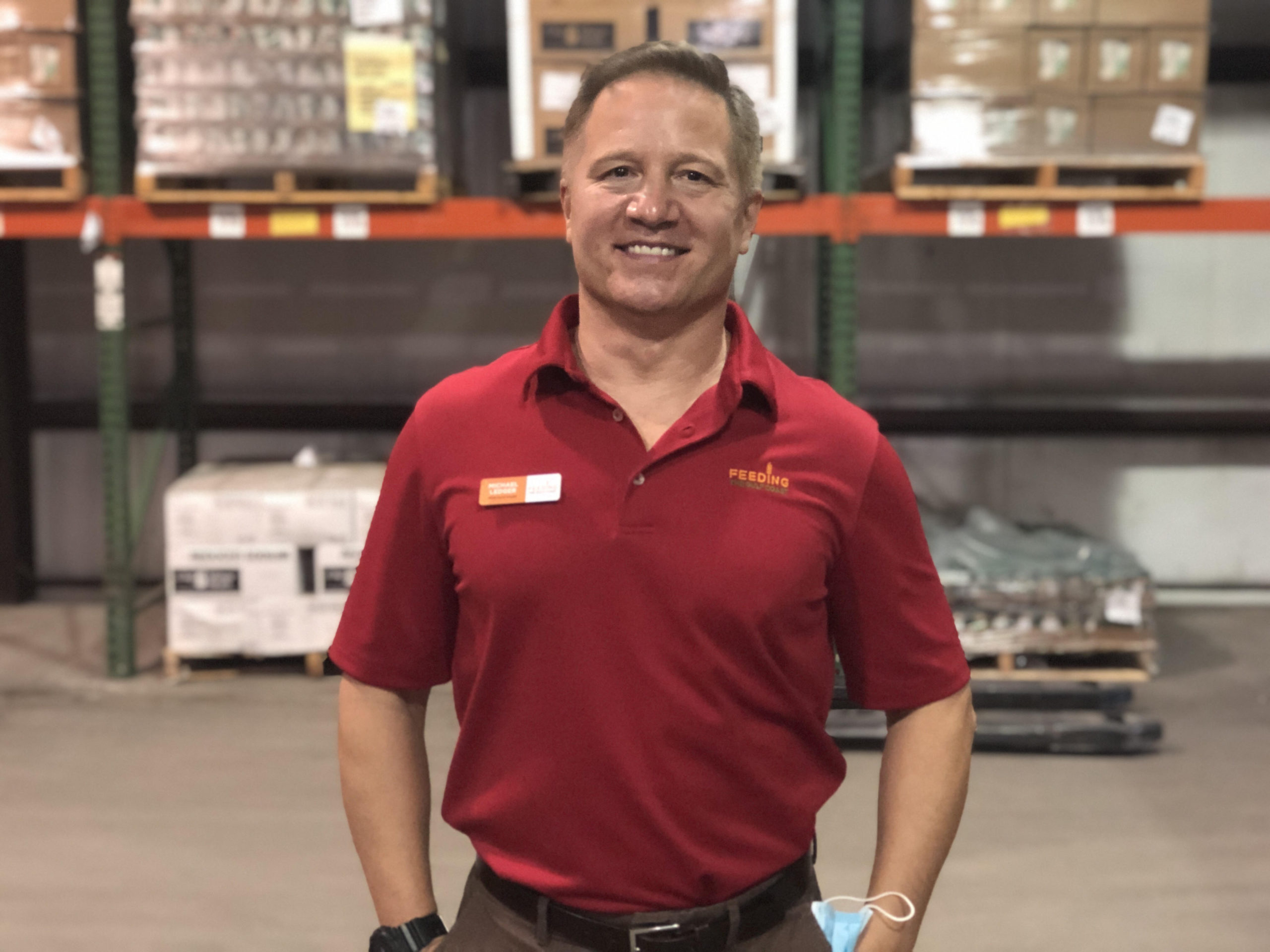 Michael Ledger has worked at Feeding the Gulf Coast since June 2019 as the Florida Branch Manager. Under Michael’s leadership, the Florida Facility has distributed nearly 15 million pounds of food throughout the Florida Panhandle, equating to nearly half of the food bank’s distribution service area. Michael has consistently implemented strategies to serve those in need while overcoming challenges presented by limited facility space and ongoing Hurricane Michael and Covid-19 response efforts. While serving as the Florida Branch Manager, Michael was responsible for setting the stage for expanding the Milton, Florida warehouse.

Michael was appointed to replace Cathy Pope as President & CEO in July 2020. Prior to working with the food bank, Michael served four years in the United States Navy as an electronics technician and then earned his Bachelor’s degree in Management from the University of Illinois. He has previously worked as Director of Sales and Marketing and Director of Operations for Design Ideas, Ltd. in Springfield, Illinois, and Owner and Chief Operations Officer at Vine in Navarre, Florida. Michael has over 30 years of experience with business development and operational strategy and will bring food bank experience and diverse management leadership to the food bank. He enjoys music, athletics, travel and spending time with his two adopted dogs Floyd and Dolly. 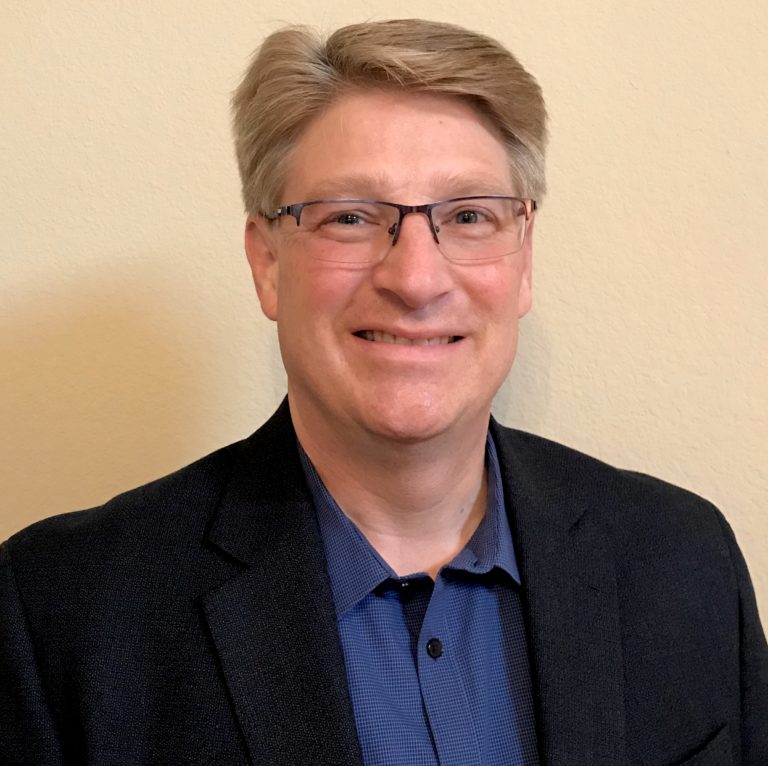 Prior to his appointment of Brett Meredith as Chief Executive Officer , Brett served as Divisional Secretary for Business for The Salvation Army in Texas, where he was responsible for more than 20 employees, multiple departments, and budgets totaling more than $30 million including those for Disaster Responses. A strong leader known for his exceptional attention to detail, he has significant experience running complex nonprofits and establishing and growing strategic community partnerships.  Prior to his tenure in Dallas, Texas, he held the positions of Regional Commander in Baton Rouge, Louisiana; Regional Commander in Hampton Roads, Virginia; Regional Commander in Kerrville, Texas; and Commander/Corps Officer in Dallas, Texas. 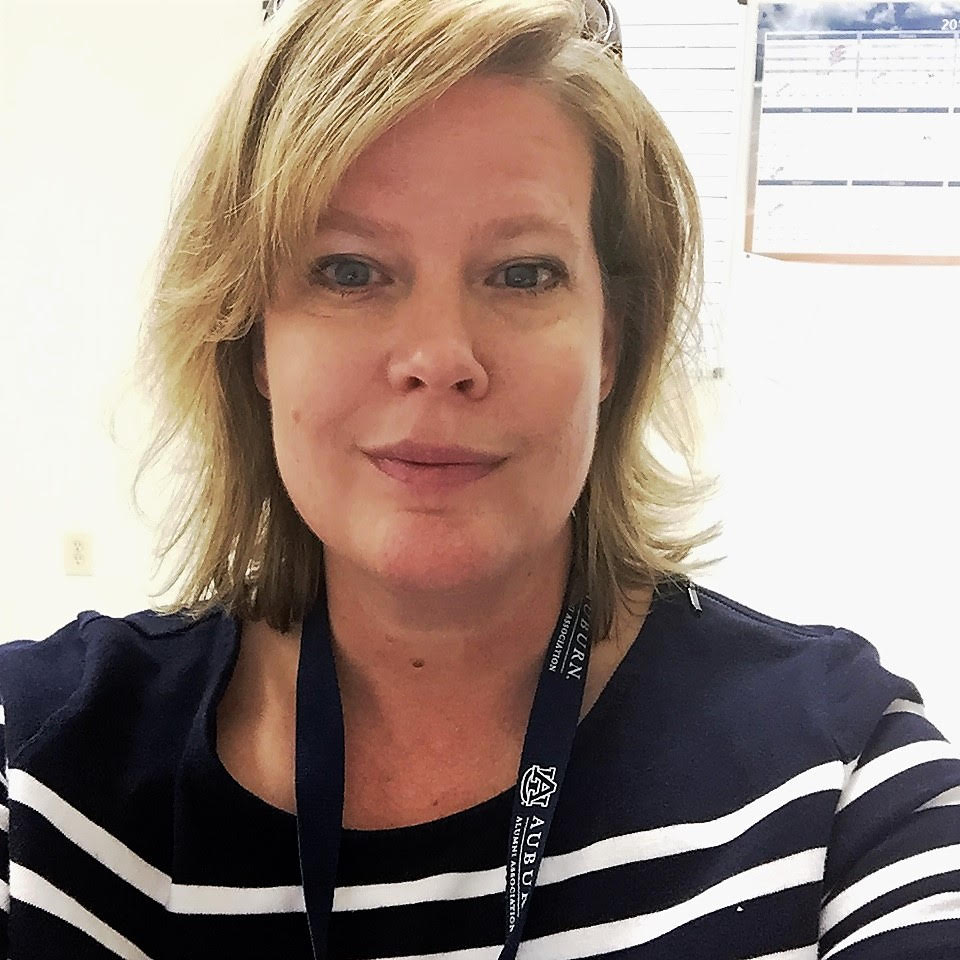 Shirley Schofield began working at the Food Bank of North Alabama in 2014 as the store donation coordinator. In this role, she served as a liaison between the Food Bank and the stores that regularly donate product to the Food Bank. Shirley helped grow grocery store donations to more than four million pounds of food a year and was instrumental in the Food Bank of North Alabama achieving one of the highest food safety score in the nation among food banks. Shirley was unanimously appointed the Executive Director of the Food Bank in January 2017. She is only the third person to serve as the executive director since the Food Bank opened in 1984. Before joining the Food Bank, Shirley had a successful career as a journalist. She started as a reporter covering education in Mississippi. She later became an editor and worked in newsrooms in Florida and California. Shirley’s roots are in South Alabama, and she graduated from Auburn University. 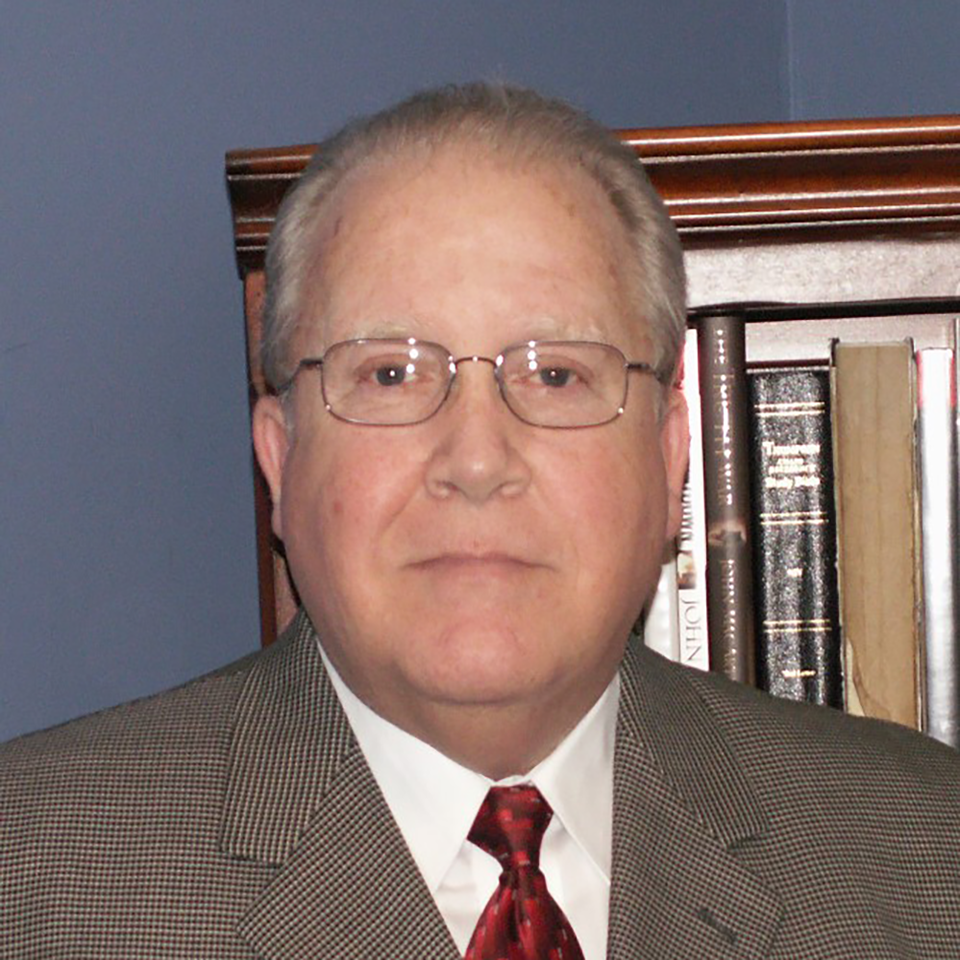 Richard was born & raised in Parkersburg, West Virginia, from where at the age of 18 he enlisted in the United States Army. He remained in the active army for thirteen years, rising to the position of Senior Non-Commissioned Officer. After his Honorable Discharge from the US Army, he began his higher education, receiving a Bachelor’s Degree in Sociology from Glenville State College (Glenville, WV) and a Masters Degree in Pastoral Studies.

After graduating from Seminary, Richard and his wife (Marcia – from Tacoma, Washington) and their 2 sons (Aaron & Jason) returned to Europe to serve as Directors of Christian Servicemen’s Centers in Brandon, England and Nuremburg, West Germany; a ministry designed specifically for US military personnel serving their country in foreign lands.

Before becoming CEO of the Montgomery Area Food Bank, Richard served as the Director of the Elmore County Food Pantry located in Wetumpka, Alabama. This is a 501(c) (3) nonprofit organization existing specifically to help the “food insecure” of Elmore County. This food pantry was the second largest of MAFB’s agencies, distributing 25,000 – 30,000 pounds of food monthly to over 500 families. His experience at the agency level has allowed him to bring a new perspective of food distribution to the MAFB.
For over 30 years, Richard served as Pastor of various churches in West Virginia, North Carolina, Alabama, England and Germany; and has been keynote speaker in conventions in Mexico, Republic of Panama, Germany, & The Philippines. As Board Chair of Home and Abroad Ministries (Cleveland, TN) he provides support and guidance in directing a ministry in the Philippines that includes a community program that feeds over 10,000 children a month; educational program; medical mission program; water well program and a widows’ ministry.
Richard assumed the role of CEO of the Montgomery Area Food Bank upon the retirement of Parke Hinman (Brigadier General, USAF, Retired). Parke led the Food Bank for 22 of its 30-year existence. 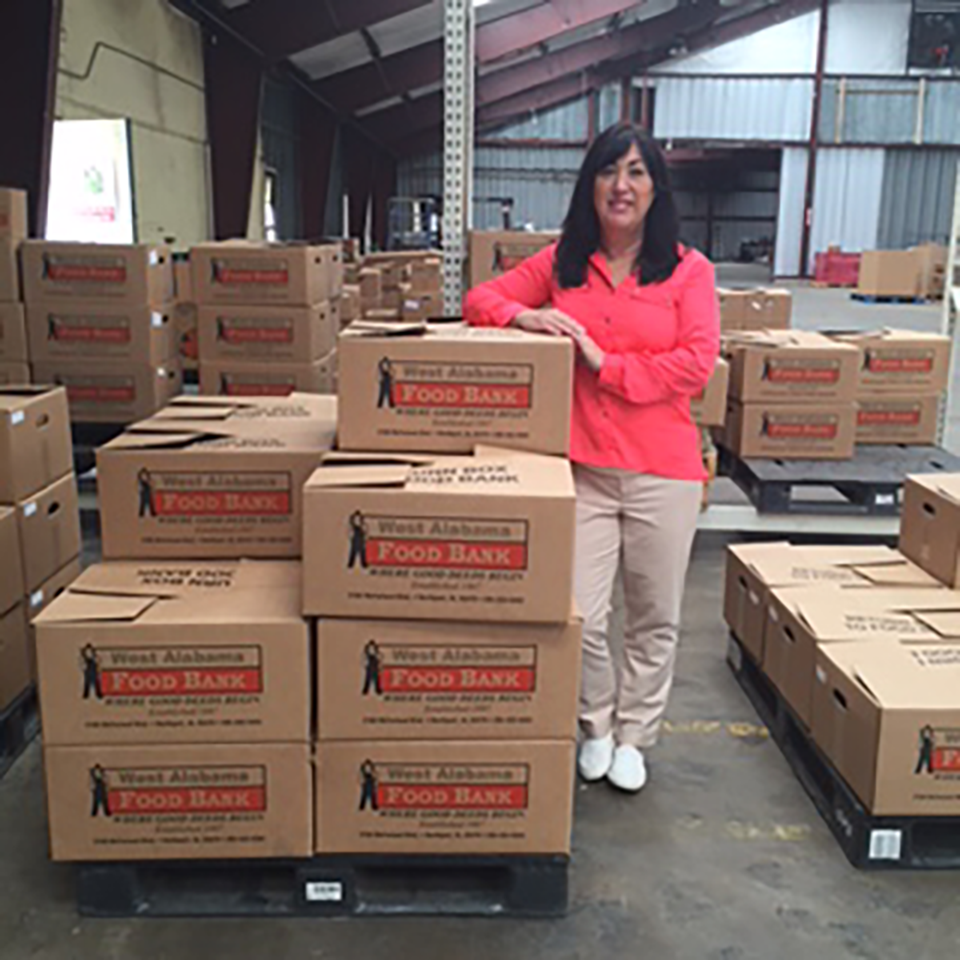 Jean Rykaczewski [rick-uh-chess-key] is the executive director of the West Alabama Food Bank that is headquartered in Tuscaloosa and serves 93 food pantries and agencies throughout a nine county area. Originally from Pennsylvania, Rykaczewski has lived in Tuscaloosa with her husband and daughter for over 28 years. Rykaczewski attended Indiana University Pennsylvania, where she studied education and played collegiate Field Hockey. She started her career in special education, spent several years in HR and management for a manufacturing company and moved into the nonprofit sector in development. Throughout her life in Tuscaloosa, she has stayed active with volunteer work and developing fundraisers for different organizations in the city. Rykaczewski enjoys putting those skills to work for the Food Bank and growing resources to continue the mission to end hunger in West Alabama. She also enjoys reading, relaxing at the lake, spending time with her family and cheering for the Crimson Tide and Pittsburgh Penguins. She is passionate about the work the Food Bank does and committed to speaking to groups in her communities about the realities of food insecurity and the role we all play in taking care of our neighbors. 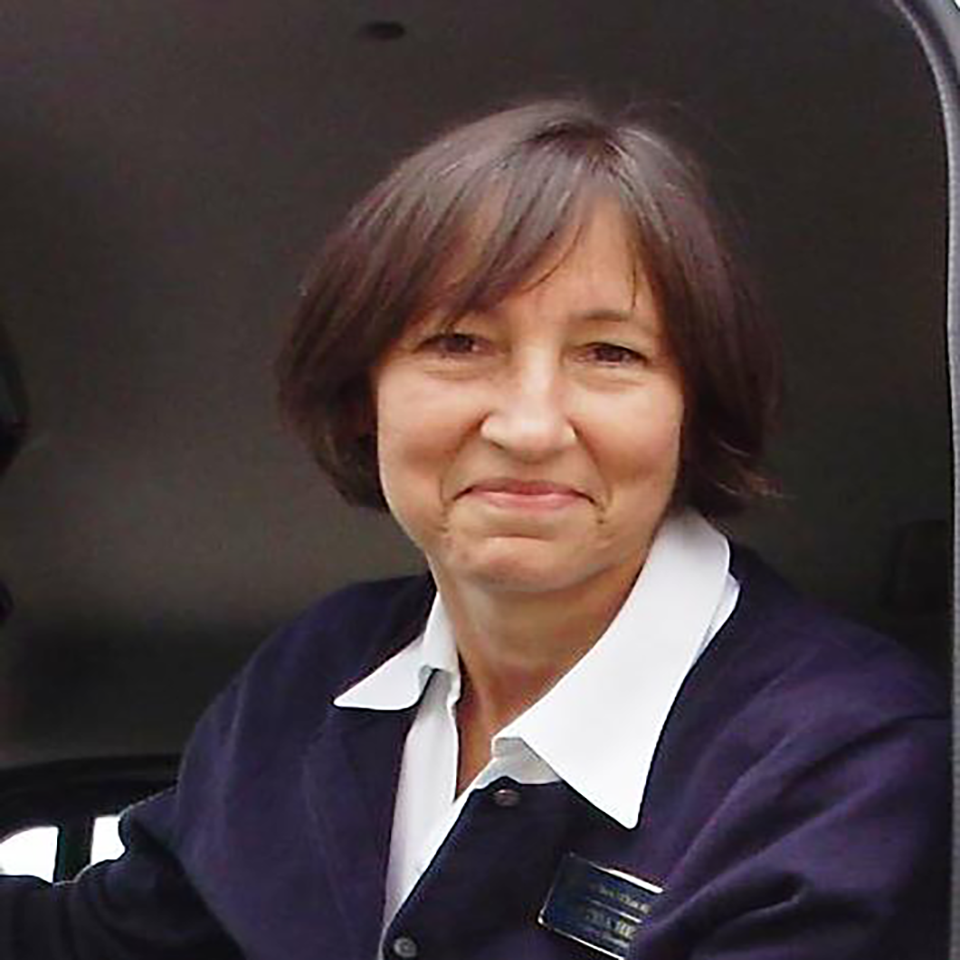 Martha Henk has served as the Executive Director of the Food Bank of East Alabama since 1995. Growing up in the Democratic Republic of Congo, Henk saw first-hand the effects of malnutrition and poverty. Past and present involvements include: Habitat for Humanity, Lee County Human Services Coordination, Missions Committee at First Presbyterian Church in Auburn, Presbyterian Community Ministry, and East Alabama Coalition for the Homeless. She has a B.A. from Bethel College in St. Paul, MN. 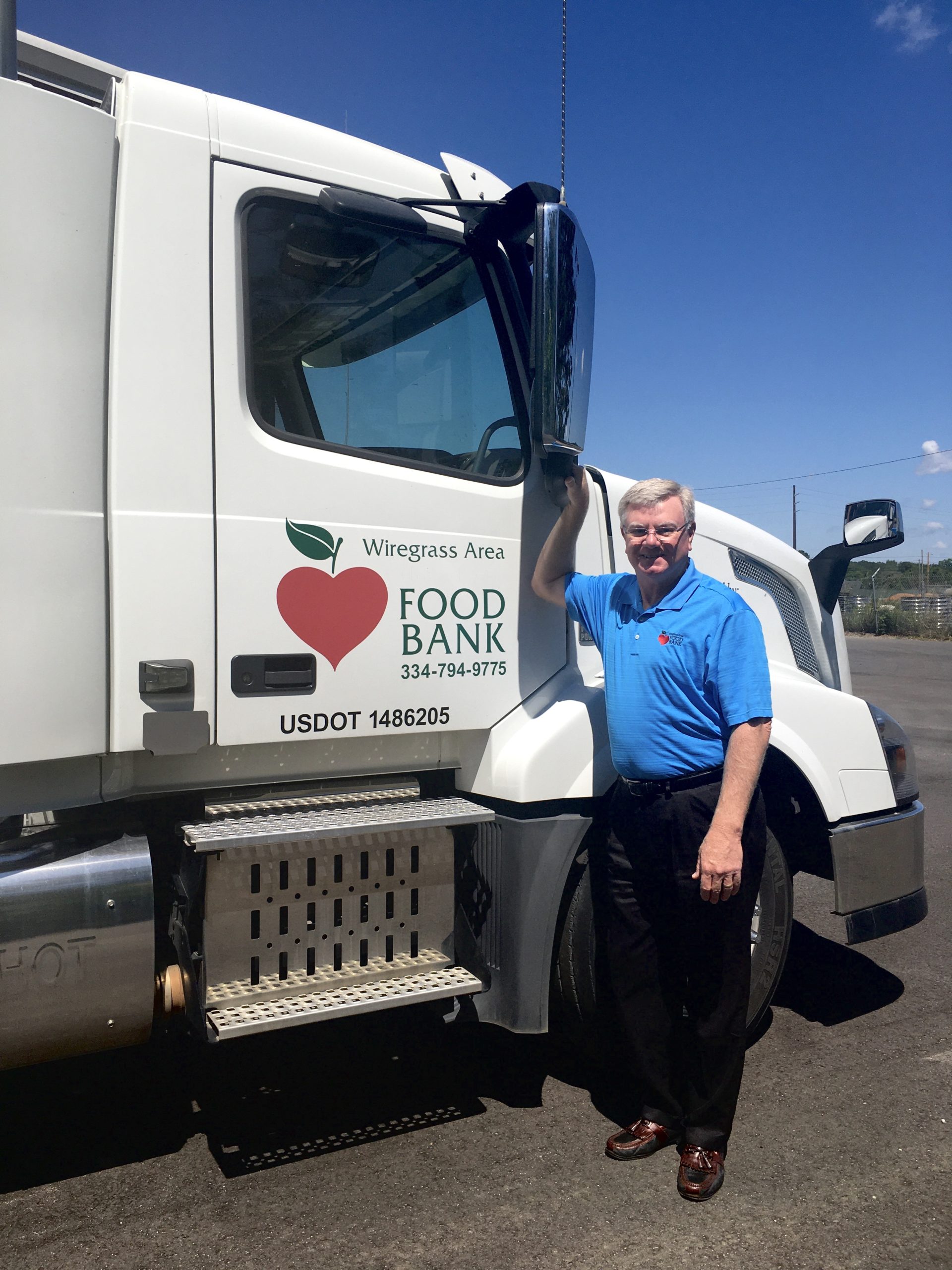 David was selected as Executive Director of the Food Bank in May 2000 replacing the founding Executive Director Becky Perry. David grew up in Tuscaloosa attending the University of Alabama, graduating December 1983 in Marketing/Public Relations. After his graduation he was Project Director of the Retired Senior Volunteer Program (RSVP) at FOCUS on Senior Citizens and an Area Director for the American Cancer Society.

After moving to Dothan in January 1994 he attended Troy University Dothan and graduated in June 1995 with his accounting degree. He then joined Movie Gallery and later Golden Apple Management (Burger King) as a corporate accountant.

David has served as President of the Dothan Rotary Club, the University of Alabama Houston-Henry County Alumni Association, the West Alabama State Fair, the Tuscaloosa Jaycees and the church council of Trinity Lutheran Church. He also served as County Chairman for the Emergency Food & Shelter Program (EFSP). He is involved with many other civic activities.

He is married to Nancy Robertson Hanks since 1990, has two dogs Jake & Ginger. While way from the Food Bank, he enjoys traveling, college sports, golf, scuba diving and boating. 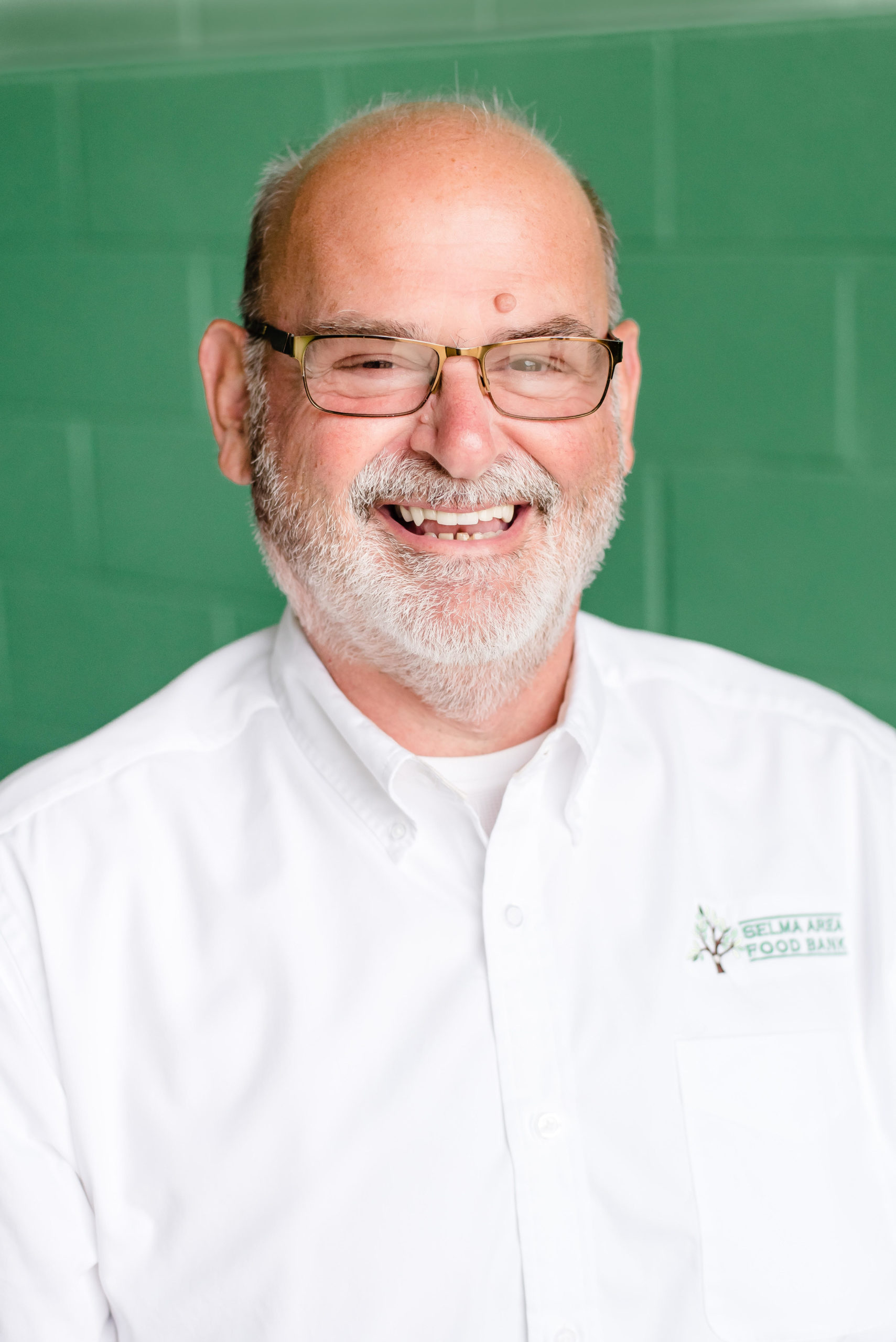 Jeff Harrison a Selma, Alabama native, began his career at Selma Area Food Bank in 2015 when he was appointed Executive Director. Preceding this appointment, he served on the SAFB Board of Directors and became quite passionate in the mission of the food bank. Prior to serving SAFB as the Executive Director, Jeff held a different career in banking. Starting back in 1977, as a loan officer at what was then known as First Dallas County Bank located on Broad Street in Selma (the building currently houses Wells Fargo Bank). He served 38 years in the financial banking business before dedicating his time and energy into the food bank’s mission of feeding the “food insecure”. He has always had a passion for community involvement and volunteering and currently serves on many boards including: The Executive Board of Selma/Dallas County Chamber of Commerce where he is the treasurer; The Executive Board of Cahaba Mental Health Foundation; Economic Development Authority Board; Easter Seals Board and is the local board member for the Selective Service System – The Military Service Extension. When he is away from work, Jeff enjoys spending time with his growing family (he welcomed another grandchild this year), gardening, working on his hobby farm, and cooking/entertaining for guests.